Progeny is the investigation of techniques by which small fragments of existing works are extracted and magnified to become the seeds of new paintings or compositions. The images seen at the end of the film are, in part, extracted from a twenty five foot painting by Gorbach. The making of new art by recomposing older work allows the artist to explore the human experience of ordering, prioritizing, and discovery. Technology provides a way to develop a scheme that further explores the concept of organizing systems as an individual intellectual activity.

Nelson’s animation is a ballet of spheres.  Nine small globes dance with in a larger globe.  Nelson textures the surface of each globe by wrapping one of Gorbach’s paintings around it.  The larger globe functions as background.  It is seen from the inside with Gorbach’s paintings projected on its inner surface.  The plane of the video screen cuts through the equator of the larger globe such that its opposite side is conceptually behind and enclosing the viewer.  Each globe has its own rotation angle and speed.  The movement of the small globes is controlled by a set of “behaviors” that determine where they will travel in a 3D space.  The home positions of the globes fall in a 3x3 matrix that is only seen briefly at the end. The globes can “center” or “home” in the matrix or they can “wander,” “hide” or “gravitate” singly or in groups.  Each globe has a musical companion that creates sound from the same data that cause the behaviors.  By design, the connection between a globe and its music is veiled.

Progeny is a scene from a forthcoming larger work called “Emergence” that is structured with genetic algorithms and mathematical models of the bottom-up organization of ant colonies and the flocking of birds, fish and beasts. 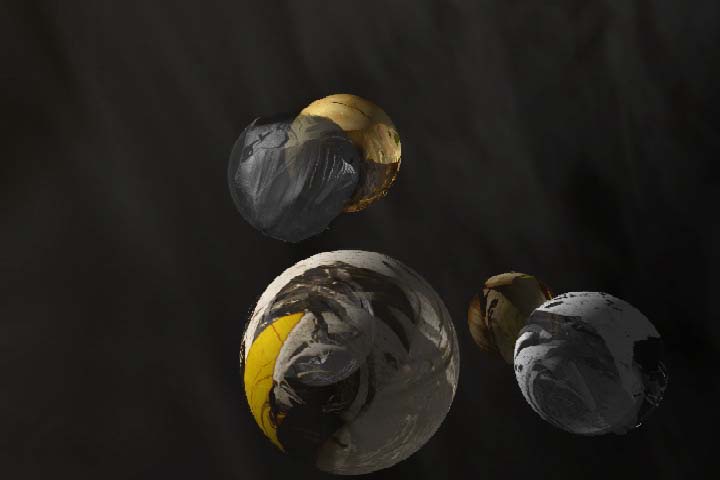 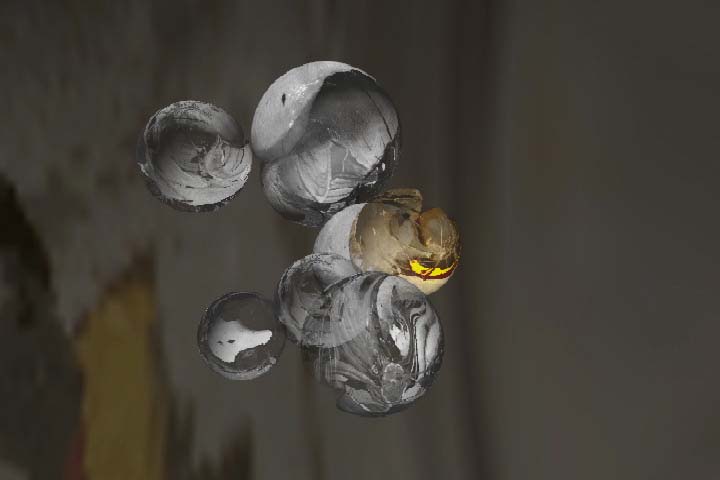 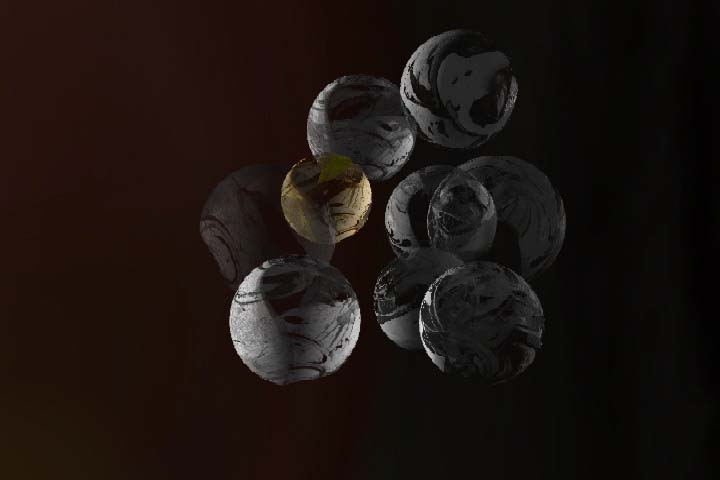